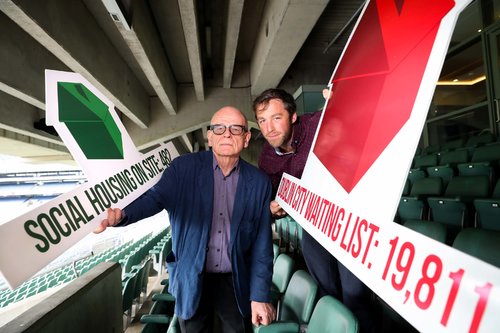 The independent progressive think tank TASC says that the Irish state is subsidising the low wage economy and providing employers with cheap workers but is not tackling the underlying causes of inequality. However, Professor James Wickham, TASC Director, explains that the country’s welfare system does help to transform the country from being the most unequal in Europe in terms of gross income to more equal than the EU average in net income.

These findings are revealed in Cherishing All Equally 2017 which was unveiled  at the TASC-FEPS Annual Conference in Dublin’s Croke Park. This year’s conference focused on the theme Solid Foundations? Economic Inequality and the Housing Crisis and was attended by over 100 delegates.

Professor Wickham says that net income inequality in Ireland is about the same as Germany: Ireland is not as equal as Sweden or Finland, but not as unequal as Romania or even the UK.

“Of all the EU countries, Ireland has the largest gap between gross income inequality and net income inequality. The main reason for the inequality in earnings is the extent of low paid employment in Ireland and this is compensated for by the welfare state.”

James Wickham says that the qualified success of the Irish welfare system in reducing inequality reveals the nature of Ireland’s inequality problem.

“The state chooses to heavily subsidise the lower paid, the sick, the elderly and the homeless to counter-act Ireland’s low level of employment and the lack of investment in universal public services, without in fact addressing the underlying inequality. This means not just payments to those not at work, but now also more in-work benefits. The state has ended up subsidising the low wage economy – and providing employers with cheap workers.”

Professor Wickham explained that almost one third of workers in Ireland were earning less than €12.20 per hour in 2013.

“In 2013, 5.5% of all employees had hourly earnings below the (then) national minimum wage, 25.6% had an hourly rate of less than €11.45 and 30.3% had less than €12.20. The low paid are disproportionately part-time, female, young and working in retail and hospitality – although one in six work in the public sector.” 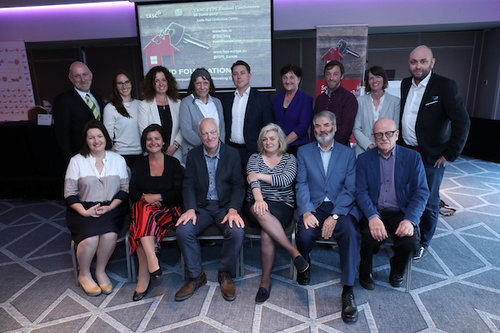 James Wickham says the extent of low pay depends more on the form of labour market regulation – particularly around controlling precarious work – than on the overall wealth of the country.

James Wickham says that the welfare systems of the nation states right across Europe – not just in Ireland – play a key role in restraining inequality, however, this has little to do with the European Union.

“Indeed, increasingly ordinary Europeans seem to see the EU as undermining their national welfare state. It is the EU that ensure that ‘posted’ workers can undercut national wage rates, it is the EU that enforces the privatisation of state services. National social policy has attempted to protect the population against the side-effects of market change, but now the EU appears only concerned to enlarge the market. Without an effective social policy the EU is probably doomed to disintegration,” Professor James Wickham concluded.