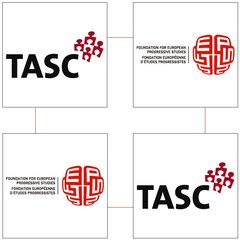 TASC, together with the Foundation for European Progresive Studies (FEPS), the Economic Council of the Labour Movement (ECLM), the School of Oriental and African Studies (SOAS), and The Open University have set up a research project with the aim to investigate the changing position, role and pay of both men and women in Europe.

The project assess the gender impacts of recent austerity policies and where the roots of such effects lie. Rather than investigating employment and wages alone, the project ivestigates the impacts of austerity (and recovery) on working conditions, job security and work-life balance.

The project assesses how to create the conditions for a gender equitable and expansionary macroeconomic framework in Europe and will give a full picture of various effects of policy change, such as austerity cuts as well as modelling alternative policies for a more inclusive recovery plan for both men and women.

The main research questions are:

To address these questions the project brings together research on macroeconomic policies with more sector-specific micro-level research. A series of complementary tools and models will be used to assess different scenarios for recovery and reconstruction of the European economy.

Cozzi, G., De Henau, J. (2015) The Junker’s Plan must not be a missed opportunity for gender equality in Europe Policy Viewpoint n.5

Barry, U. (2014) Gender Equality and Economic Crisis: Ireland and EU

Onaram, Ö. (2014) The role of gender equality in an equality-led sustainable development

Andersen, L. and Bjørsted, (2013) The Way Out of the Crisis: An Alternative to Austerity, Policy Brief No.3

Barry, U. (2008) Where are We Now? New Feminist perspectives on women in contemporary Ireland, TASC Books, New Island: Dublin

De Henau, J. and Himmelweit, S. (in press) Comparing welfare regimes by their effects on intra-household inequalities' in Ferri, M. and Monsonis-Paya, I. (eds) Sustainability and transformation in European Social Policy, Peter Lang.gue

McKinley, T., Cozzi G., Mitchell, J., and Bargawi, A. (2013) How can the EU Federal Government spearhead an employment-led recovery?, Policy Brief No.1