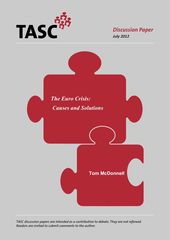 The euro crisis was avoidable. It is a self inflicted crisis and the consequence of systemic policy failures in the way European Monetary Union (EMU) was designed, constructed and implemented. The severity of the crisis has itself been greatly exacerbated by the profound mismanagement of Eurozone leaders and by its misdiagnosis as a crisis of fiscal discipline, where, Greece apart, it is really a system crisis with its roots in the design flaws of the currency union itself. It appears that policymakers have failed to learn the lessons of the Great Depression of the 1930s and the long Japanese stagnation of the 1990s. The current responses to the crisis to date have been insufficient and in some cases even counterproductive.