The Debt and Banking Crisis: May 2011 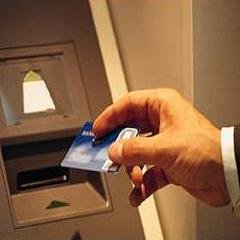 The Paper proposes replacement of blanket bank guarantee with guarantee for deposits only and to 'extend and pretend’ strategy should be used to avoid paying Anglo promissory notes.

Recognising that the Irish sovereign debt crisis is intertwined with its banking crisis, and that Irish economic recovery depends on a successful resolution of the banking question, the paper suggests that Anglo Irish Bank and the Irish Nationwide Building Society should be allowed to fail and that their remaining assets could be sold off with the proceeds going to creditors. The author suggests that the blanket bank guarantee should be removed and simultaneously replaced by a guarantee covering deposits only. The paper also proposes using an indefinite ‘Extend and Pretend’ strategy to avoid paying the Anglo Promissory Notes, saving €3 billion annually, and proposes turning AIB and BOI into ‘good banks’, thus restoring lending to the economy.

The paper also suggests that European monetary union as currently designed is inherently unstable. Design flaws in the Euro zone – which centralise monetary policy while retaining other economic policy instruments in national hands – can only be overcome by facilitating the collective issuance of Euro bonds and establishing a ‘Lender of Last Resort’ which can be relied on by member states to provide liquidity. The paper also argues that Europe’s official crisis strategy has failed. Greece and Ireland will not be unable to return to the markets in the short-term and are likely to remain as wards of the official lenders for a number of years.

“This paper is intended as a contribution to developing an alternative progressive framework aimed at resolving the banking and sovereign debt crises, while generating investment to stimulate recovery and help break the vicious circle of low growth and high borrowing costs”.