TASC Presentation on the Minimum Wage to the Oireachtas Committee on Enterprise, Trade and Employment 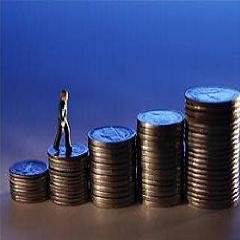 Speaking following a presentation by equality think-tank TASC on ‘The Minimum Wage’ to the Oireachtas Joint Committee on Enterprise, Trade and Employment, TASC Director Paula Clancy said that any moves to reduce the minimum wage or JLC rates would represent what she termed a “double strike against economic recovery” ...

“Firstly, any cut in the minimum wage or JLC rates would take more money out of people’s pockets – thus directly impacting on small businesses and their ability to maintain or create jobs. Instead, TASC argues that the best way of protecting and creating jobs is to take steps to boost demand in the economy.

“Secondly, TASC research shows that lowering these rates would reduce income tax, income levy, PRSI and VAT receipts – and would thus have a negative impact on the public finances.

“TASC has calculated that the direct cost to the Exchequer caused by reducing the JLC rate from €9.27 to the minimum wage rate of €8.65 would be €1,143 per worker. In addition, since low income workers tend to be ‘spenders’ rather than ‘savers’, almost all the wages lost would normally have been recycled as consumption spending – thus generating VAT receipts.

“At the same time, there is no evidence that lowering the minimum wage or JLC rates would have a significant impact on Irish competitiveness, since exporting companies tend to pay in excess of the minimum wage.

“All the evidence shows that reducing wages of those at the bottom of the earnings ladder will further postpone economic recovery”, Ms. Clancy concluded.