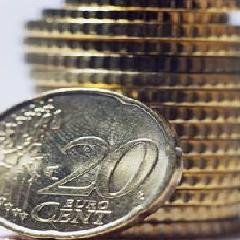 Research published today by independent think-tank TASC indicates that any moves to reduce Joint Labour Committee rates will involve significant direct and indirect costs to the Exchequer. The research is contained in TASC’s Submission to the Independent Review of ERO and REA Wage Setting Mechanisms ...

“The crucial role played by wage floors in maintaining consumer demand during a recession is illustrated by the fact that, of the nine EU-15 countries operating a national Minimum Wage, all except Ireland raised it since 2008. Ireland is unique in having reduced its Minimum Wage.

“TASC estimates that, if the JLC rate is reduced to the current national Minimum Wage rate, the State stands to lose out by at least €2,000 in tax revenue for each full-time employee affected.

“For an employee working a thirty nine hour week, the annual direct cost to the exchequer of reducing a JLC rate set at €9.27 per hour down to the current national Minimum Wage rate of €7.65 will be €1,865 per annum per worker. This figure does not include indirect costs to the public finances from lost VAT and other receipts, and from increased social protection spending on measures such as Family Income Support.

“The evidence does not indicate that reducing the earnings of low-waged workers will increase employment: in fact, studies by the UK Low Pay Commission and the London School of Economics found no impact on employment levels. On the other hand, it is possible to conclude that reducing low-paid workers’ wages will depress aggregate demand, and therefore economic growth.

“This, in turn, has implications for Ireland’s economic recovery and debt sustainability.

“TASC recommends that there should be no change to the current wage floor structures pending an independent assessment of the macroeconomic effects of any change. The ERO and REA wage setting mechanisms are essential for setting and enforcing wage floors. However, in the medium term, we recommend establishing an independent commission to examine low pay and issue annual recommendations on the labour market, competitiveness, equality and poverty impacts of the different wage floors. We also reiterate our call for the recent Minimum Wage reduction to be reversed.

“Decent incomes are not an impediment to economic recovery. On the contrary, they are crucial to generating the domestic demand we desperately need.”