FEPS (Foundation For European Progressive Studies) and TASC are jointly collaborating on  ‘Ireland, Europe and the Multinationals’.  The project includes a series of public discussions with experts on specific topics.

For more than fifty years, Irish economic development has been massively dependent on foreign direct investment (FDI).  Within this overall context, tax incentives appear to have played an ever increasing role.  Conversely, other possible attractions, ranging from access to the European market (including the European labour market) to the quality of education and infrastructure, attract less public attention.  Now the Apple tax case, along with other European and international tax co-ordination measures, appear to threaten an Irish economic policy that relies so heavily on tax incentives.

The first discussion focused on the role of taxation within Irish economic development.  David Jacobson’s paper explored how Irish economic policy has become so focused on FDI and considered whether this has involved a neglect of indigenous enterprise; Paul Sweeney traced the development of Ireland’s taxation policy and James Stewart examined the details of the Apple case. 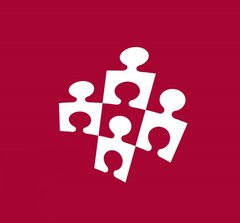 Jump to a Month